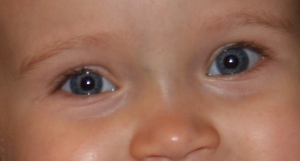 FROM NEWS MOMS NEED:via The March of Dimes

Use of prenatal vitamins before pregnancy and during the first month after conception may significantly reduce the risk of having a child with autism, according to a new study.

Researchers of the UC Davis MIND Institute interviewed approximately 700 families in California who have children aged 2-5 years who have been diagnosed with autism. They found that mothers who took the prenatal vitamins for three months before pregnancy or during the first month of pregnancy were only half as likely to have a child with autism as those who didn’t take them. For mothers who began taking them in the second month of pregnancy, there was no effect, however. This suggests that by the time most women learn they are pregnant, beginning to take the vitamins will provide little or no benefit in terms of autism. This underlines the importance of women taking prenatal vitamins when they’re just thinking about having a baby.

These findings appear to be especially relevant for genetically susceptible mothers and children. The study found an increased risk for women who had one of two particular gene mutations (MTHFR or COMT) who did not take prenatal vitamins early on (4.2 and 7.5 times greater risk, respectively)

This study, soon to be published in the July issue of the journal Epidemiology, is the first to report such findings. While the report is quite promising, further research is needed to confirm the results.