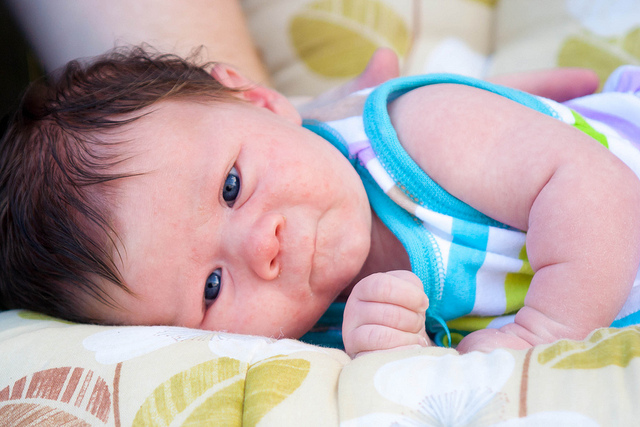 As a mom, I was very protective…yes I admit, I was one of those moms who sought not just to protect my children but other children as well. I guess I still am “that” mom and now “that” grandmother”

In the early 80’s my children went to a very nice elementary school in a small suburban village on the far south side of Chicago. All the schools entrance doors were open and accessible during the entire school day. It was bucolic town filled with the summer homes of the Illinois Central Railroad executives from “back in the day”. It is fair to say that the railroad went straight through the middle of town and stopped within walking distance of the grammar school.

On one end of the school were the younger kids, kindergarten and first graders…there was an unlocked door adjacent to the kindergarten so “room” moms could walk right in from the parking area. The other end of the school housed the older children 3rd through 6th grades and another couple of doors which were always unlocked to welcome visitors.

This lack of security was unacceptable to my New York City mentality, so I took it upon myself to speak to the Prinicpal about my concern for his “open door” policy. It was a perfect opportunity for an abduction in my eyes.

“Mrs. Lavine, it would be such an inconvenience for the parents to have to all come through the front door when they are picking up their children…I really don’t think that locking the doors is warranted.” My response was …”this is 1987, Mr. Deadbolt”.

On that day, Laurie Dann entered a grammar school in Winnetka, a north shore suburb of Chicago…she killed one young boy and wounded two girls and 3 boys before killing herself after taking a nearby family hostage after fleeing from the school.

You should not be surprised when I tell you that in the Fall of 1988 when our grammar school reopened, all the doors were locked and everyone had to check in after coming through the main entrance. A printed announcement went out to each child’s family saying that in light of the tragedy in Winnetka our school would   be secure.

Now, I am not one to say ” I told you so” and I wish that Laurie Dann had never taken a gun and shot innocent children at school where they are supposed to be safe but sometimes it takes a tragic event to stimulate people to take safety precautions.

That is how I felt when I read a recent post about the safety of sleepovers. WHAT SAFETY? When you have a group of kids the same age, together in your house, things tend to get out of hand rather quickly when the supervision drops off for even a short period of time. It is just a fact. Have you had that experience? Then why would anyone in their right minds want a group of kids sleeping over at their house ever…really?

Here is my one and only story about sleep overs. My niece came to live with us temporarily when she was in the 8th Grade…Junior High. That should already set up your antennae. She came home one day and asked if she could sleep over at a friends house. Mind you, we were living in the same town that I have already described…a sort of Mayberry if you will.

I had no idea what to say to her…so I called her mother and asked her what she thought, since I did not know the girl that well nor her family. I did know she was the youngest of three. She had two brothers in their twenties and her father was a bank president, as if that should make a difference. It was a mutual decision to let the sleep over take place. It went off without a hitch and all was well. I breathed a sigh of relief and hoped that I would never hear the word sleep over again in the near future.

Not too short a time passed and my niece came home from school to tell me that her girl friend’s father had killed himself. It was the same friend with whom she had spent the night.

The story goes this way…the father and one of the young girl’s brothers had a fight and the dad took a gun from the house, went  outside to the front yard and shot himself in the head…end of story. The family vacated the house and all was forever hush, hush in our bucolic suburb.

To say, I was stunned is an understatement. It became apparent that I had learned a great deal about how I felt about sleep overs before I really needed.  My uneasy feelings concerning them were suddenly and sadly validated.

You just do not know what goes on behind the closed doors of you neighbors and friends homes.

At the time my own children were only 2 years and 4 years old . Sleepovers had not even been a topic yet…we had no relatives nearby so my kids had only slept at home or with us in a hotel on vacation.

I also knew that children are molested often by family members or someone they know and trust. This scares me beyond anything I can rationally explain because as a nurse and clinical social worker I have seen the horrible harm that sexual abuse does to children.

My advice would be to not trust anyone with your kids until you can comfortably explain good touch, bad touch to them. They must be able to tell you anything and never be afraid of the consequences.

I know this is a very hard statement to read and it seems so OVERPRTOTECTIVE,,,and it is just that…but if you at least feel like you are overprotective and accept it, you will examine the potential hazards in situations where you think there are none and hopefully never have to deal with unforeseen situations.

Educate your children…give them what they need to protect themselves…start early and if you don’t know what to say or when to begin, do your homework get the information you need.

Do not look through rose colored glasses forever …don’t let your hidden fears become a disaster waiting to happen.

Are you basically trusting?

How trusting are you as a parent or grandparent?

Do you consider yourself protective or overprotective as a parent or grandparent?

The Safety of Sleepovers: I Dont Trust Other Parents | BlogHer.

2 thoughts on ““I Really Don’t Trust Anyone, Sometimes””