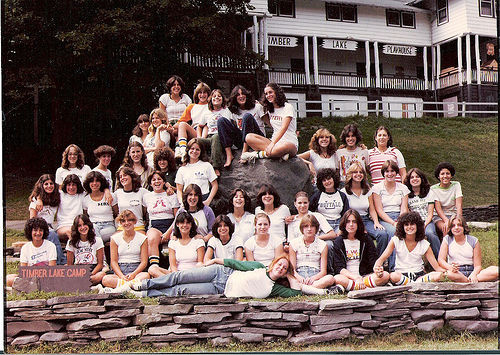 It used to be just “color war” but now it is “care package war” at sleep away camp.

Color war was a rite of passage but care packages were a comfort from home.

I am guilty of sending care packages to my kids, many years ago.

I also used a service that put together camp friendly packages…I admit this decision was a complete and total waste of money. But, I felt that I needed to compete with the other campers “care packages”… in hindsight…utterly ridiculous!

What I did not do was concoct elaborate ways to stash forbidden candy in my care packages but I did not discourage my kids from taking their own private contraband with them.

It seems that over the years camps have tried to get the upper hand when it comes to controlling care packages…some camps have banned them altogether.

For me, the jury is out on how I would deal with this if I were a parent with a child at sleep away camp this summer.

I would like to think that I would try to adhere to the camp rules.

But when my kids were at camp, I remember hating the lack of contact with them and the “care package” was something I felt I had control over.

I would probably still send one package during the 4 weeks and call it a day…and it would include contraband candy for sure!

This discussion brought back memories of the difficulty of sending my kids to sleep away…it was a very emotional “letting go”both for myself and for my kids…I never went to sleep away… I am sure if my husband had not encouraged me to send our girls I would not have done so.

For as long as American children have attended summer camp (around 150 years), parents have sent them stuff. The term “care package” originated after World War II when the Cooperative for American Remittances to Europe (CARE) began sending food relief across the Atlantic. The group bought up surplus 10-in-1 food parcels from the American military, which had prepared them for an invasion of Japan.

Each package included a pound of steak and kidneys; 8 ounces of liver loaf; 12 ounces of luncheon loaf (Spam); 2 pounds of coffee; and a pound each of lard, honey, raisins and chocolate. In its first two decades, the organization delivered over 100 million packages.

Are Over-the-Top Parents Really the Rule at Summer Camp? – NYTimes.com.