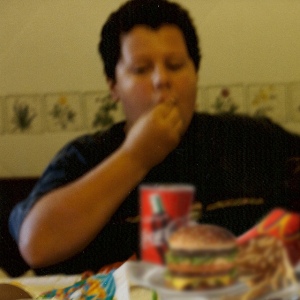 Sadly, these words can all be used together to describe the plight of many youngsters today. Nearly every week there is something significant written about the obesity epidemic. It has even been related to child neglect and abuse with some states wondering if morbidly obese children should be put into foster care.

The goal is primary prevention ….prevention that starts with education of parents and preventing children from becoming overweight as infants and continuing to be overweight in childhood on into adulthood.

It has been found in some studies that a high percentage of parents do not realize that overweight children face the same health risks as overweight adults…high cholesterol, high blood pressure, heart disease and diabetes. All of these medical problems have the potential of shortening a person’s life. For some reason the message and myth that a fat baby is a healthy one is still prominent in the minds of many parents and grandparents. Back in the day this was thought to be a truth that was widely accepted. For many years, it has been scientifically known that this is a false belief.

“Obesity is likely going to limit a person’s life expectancy and increase their future health care costs,” she said. “So for us, it was a realization that we need to help parents better understand that childhood obesity does track into adulthood.”

Both parents and nonparents cited parents as the group with the greatest role in preventing childhood obesity. But parents were more likely than nonparents to endorse an “it takes a village” approach to limiting childhood weight gain. About 81 percent of parents supported requiring healthy food choices in areas with vending machines, compared with 77 percent of nonparents. Likewise, 77 percent of parents supported insurance coverage of obesity treatment, compared with 69 percent of non parents. http://www.livescience.com/15847-parents-childhood-obesity.html

It is my belief that education beginning in the pre-natal period is where prevention has to begin. A healthy pregnancy and a healthy baby is first…then ongoing education and well baby care is the next step.

Here’s what the experts found, with recommendations about exercise for children under the age of five:

— Babies and toddlers spend too much time strapped in car seats and buggies. That should be reduced. Get them out more, and make them walk if they are able and move actively.

— Toddlers should be physically active and allowed to move around freely for at least three hours per day.

— Babies should be active from birth, using activity mats, swimming or through active engagement with another person. http://www.ibtimes.com/articles/178830/20110712/childhood-obesity-tips-exercise-activity-children-under-five-5.html

We are currently seeing some efforts to educate parents…there is a current controversial Strong4Life campaign in Georgia to combat childhood obesity. Parent advocates are critical of the billboard and statements of obese children saying that this is a campaign based on shaming overweight children and adolescents. It is also blaming parents for not monitoring what their children eat. 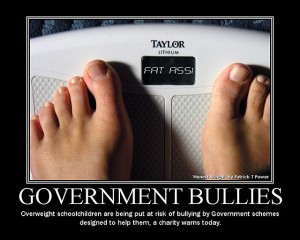 The Strong4Life site offers “Learn,” “Ask” and “Get Started” pages for families, featuring information, resources and tips on exercise, nutrition and losing weight.

My feeling is DO “whatever it takes” to prevent the children of today from having a shorter life expectancy than their  parents.

Bring on the billboards…bring on the controversy…and the arguments…tax sugar loaded products…hold fast food companies accountable for providing healthy choices… go ahead and criticize parents for their own eating habits and the way they feed their kids…if  that’s what it will take to prevent this epidemic from spreading to the next generation…just do it.

Concurrently…develop programs to educate parents and kids to make better food choices from the get go …and if a child is in danger of death from obesity complications then unfortunately Family Services will have intervene to supervise the child’s health care. I am not in favor of taking a child from a family unless it is truly a case of child abuse and neglect with determining factors. But uncontrolled obesity in a child may soon be considered abusive and neglectful.

A couple of weeks ago this newspaper headline  Miramonte School Closing For 2 Days Over Double Teacher Arrests; Parents Protest PHOTOS, VIDEO made me sick.

Children are not protected from predators even at school. How do parents deal with news like this? Does it make you more of a helicopter parent?

I do not have children in school any more but I do have a grandchild who will be in school soon enough….worrying…

When I start to worry…it is a signal for me to go to my computer and GOOGLE…to find out just what is being done to protect children from being abused.

An interesting but sad fact is this, in most cases of child abuse…the child is abused by someone he/she knows right in their own family…which is why it does not always get recognized immediately. A mother, sometimes, does not believe her child and inadvertently enables the abuser. Sadly, it can be a very complicated scenario even involving more than one child in a family.

In my google search, I came across a program developed through ChildHelp.org. This program deals with ‘primary’ prevention and has learning modules that are thorough and user friendly. Child Help recognizes that abuse comes in many forms, sexual, emotional, physical and even bullying. Kathie Lee Gifford shares a video in which she explores the ‘primary’ prevention approach to child abuse. Kathie Lee has been a child advocate and worked with Child Help for many years.

Information is available for parents and caregivers on the developmental characteristics of the child; factors that create risk as well as those that help keep children safe; and how to handle a child’s disclosure of abuse should it occur. By providing parents and caregivers with the resources to be proactive and involved, we strengthen our mission to keep children safe!

For Parents | Childhelp Speak Up Be Safe.