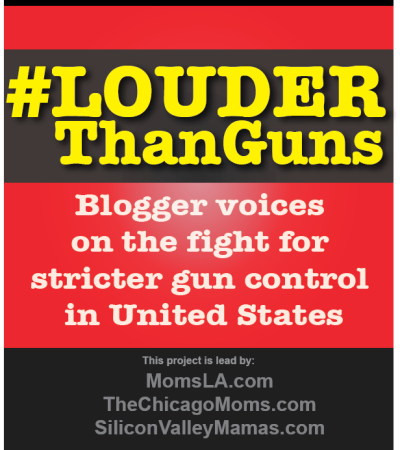 The neighbor looked at the clock and saw it was almost 8:30, time to walk her daughter to the bus. “I have to go,” she said, hugging the Bardens, leaving them at the kitchen table. Jackie poured more coffee. Mark checked his phone messages. Jackie walked outside to get the mail and brought it into the living room. Mark opened a package from Minnesota that contained a Sherpa blanket and a note that read: “We will never forget.”

“What do you want to do?” Mark asked, and in that moment, the answer to both of them was clear.

“What can we do?” Jackie said.

“Nothing,” Mark said, and he sank down next to her on the couch.

via After Newtown shooting, mourning parents enter into the

I hope you will read this entire piece from The Washington Post and commit yourself to making difference when it comes to gun ownership in the United States.

There must be stronger gun regulation…not that it will prevent all of the violence but it hopeful could certainly prevent some.

The Bardens fight for gun controls will be a long one that will constantly remind them of that horrible day in December, 2012 when their beloved son died at the hands of a mass murderer in what was supposed to be a safe haven ….his first grade classroom.

I am not sure I could be as strong as they have been in their efforts on the political scene…it just seems so painful, futile and frustrating in many ways, reopening a wound that will never really heal.

This type of fight is truly never ending…it is a battle that leads to more frustration on some days than any parent, who has lost a child should have to endure.

Remembering back to 1981, when President Reagan and Jim Brady were shot outside a hotel in Washington, D.C….there was outrage…Jim Brady and his wife battled long and hard to have the Brady Bill passed.

It was finally signed into law by President Clinton in 1993!

The Brady Bill was a start, but over the years it has not proven to be all that effective.

The Brady Handgun Violence Prevention Act (Pub.L. 103–159, 107 Stat. 1536, enacted November 30, 1993) is an Act of the United States Congress that instituted federal background checks on firearm purchasers in the United States.

It was signed into law by President Bill Clinton on November 30, 1993, and went into effect on February 28, 1994. The Act was named after James Brady, who was shot by John Hinckley, Jr. during an attempted assassination of President Ronald Reagan on March 30, 1981.

I worry for the Bardens, that without the clout of many of us they will continue to suffer more and more as they attempt to have an effect on the gun lobby.

How can any of us help?

How do you really feel about guns?

The Barden family’s pain should not go unnoticed when it comes to this issue..

the loss of their beloved son Daniel is a horrible tragedy

that should never have happened…

I am heartsick after reading their story in the Washington Post…

knowing that nothing can soothe their pain…

there is nothing that can justify the death of a child…

to surviving parents and family…