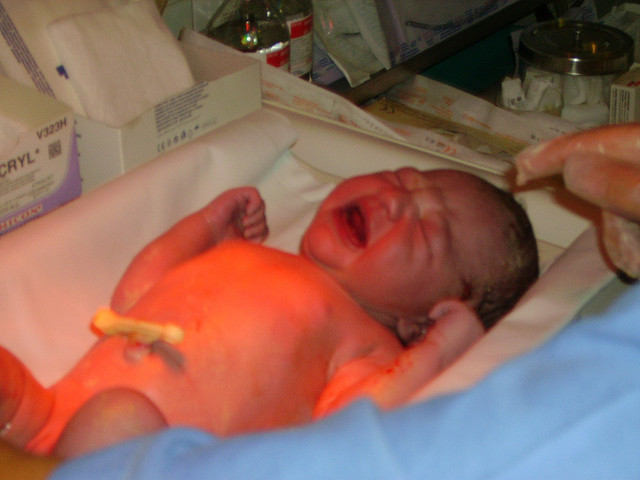 When I began my career, my first position was as an L & D nurse at a university teaching hospital in the Bronx. Starting out was frightening and never having had a child I had absolutely no experience of my own.

It was the early 70s and at this particular hospital, many of the patients did not want to be awake for the delivery of their baby.

Today, it is difficult to imagine such a time when moms did not want to control everything  about pregnancy and delivery even before they actually conceive.

The young mom of the 70’s would actually ask to be ” knocked out ” for her labor and delivery. Usually she would add “just like my mother was when she had me”.

So back in the day, moms, who so wished, were given “twilight sleep” which was a mixture of several medications, one of which caused amnesia. So although a laboring woman could follow commands, move and talk, she had no recollection of what she was saying or doing or what was happening to her while in labor.

Husbands, significant others and family members were not allowed to be with a laboring woman who was medicated with this “cocktail”.

It was a privacy issue….since mom was unable to filter what she was saying. The medication was a type of truth serum of sorts. Sometimes during the stress of labor, a mom would call for someone other than her significant other which could indeed be problematic.

When it came time for delivery…mom would be taken to the delivery room. More often than not, general anesthesia was administered and a forcep delivery was done. Once the anesthesia was given the baby had to be delivered promptly which necessitated the use of forceps.

Natural childbirth, lamaze, and epidurals were the exception rather than the rule at this labor and delivery unit and in many units around the country. This was a standard of practice of the time.

After about a year at this particular hospital in the Bronx, I decided to move on to another university hospital in Manhattan.

It was a not only a change of hospital but I found myself in an entirely different world when it came to the practice of obstetrics.

Most women wanted to be awake for the birth of their baby, many had taken childbirth classes and epidurals were used frequently. There ware still forcep deliveries but there was no general anesthesia used for vaginal deliveries unless there was a complication.

In the 70s, doctors made most of the decisions and were not questioned too much, save for the few women who attended childbirth class with Elizabeth Bing, the founder of Lamaze here in the States.

Elizabeth Bing was adamant about teaching her mothers, who was the “boss” in labor and delivery.  She encouraged moms to advocate for the type of delivery that they wanted, she gave them the tools to help question their doctors regarding any decisions that were being made during labor. It was really the “birth plan” in its infancy. Elizabeth Bing was a physical therapist not a nurse and she was opinionated with very strong beliefs in “natural childbirth”. I had much respect for her and took her LaMaze teacher certificate course so I could understand and support my patients in their effort to have less intervention during their labor and delivery.

The role of the obstetrician is, in my opinion, a very important one especially if intervention is needed. I know the statistics in the United States are not overwhelmingly better than other countries but I also know what I have personally experienced in my own deliveries and while taking care of other laboring moms. These experiences definitely skew my view in this area.

My one child had only an initial Apgar of 1 for a faint heartbeat at birth due to complications of a C-section for a transverse lie (sideways position of the fetus). Upon my arrival in L & D, I was already 8 centimeters dilated, which meant, get the baby delivered before the water broke and the cord prolapsed causing severe lack of oxygen to the baby. It was a scary moment for me and my husband…both of us medical professionals. My doctor moved swiftly while I cried not wanting a C-section but knowing that I needed one. I felt confident in their haste and let them do their work…I was not awake…although every attempt was made to allow me to remain so. The discomfort was just too much…so asleep I went. I did not see my little girl for over 24 hours due to her own medical needs.

As for who should make the calls during childbirth…that is a very complex question with many variables. As best as I can figure, it takes a “Village” to raise a child but it also takes a “Village” sometimes to deliver a healthy baby to a healthy mom. I wish that all deliveries and pregnancies went smoothly and that all doctors could be “kind” at all times with great bedside manners. Unfortunately, we are all human and at a time of “flight or fight” you want someone who is able to “fight” for you and your baby based on good sound medical decisions which sometimes have to be made quickly without much hand holding.

So when you write your birth plan do it with your doctor or your midwife and be comfortable with them making some important decisions when and if it is necessary to do so.

Who Makes the Calls in Childbirth? You or the Doctor? | Being Pregnant.

I follow many parenting blogs and commentaries. Over the past few weeks there has been much chatter about “home births”

“No surprises here. ACOG looked over the scientific evidence once again and found that it still shows that homebirth increases the risk of neonatal death.

The ACOG practice bulletin, Committee Opinion No. 476: Planned Home Birth appears in the February issue of Obstetrics and Gynecology. The Committee notes that many of the existing scientific papers are of poor quality, and almost all are observational:”

via The Skeptical OB: New ACOG opinion on planned homebirth.

As a masters prepared mother baby nurse and a licensed clinical social worker, I have shared in many of these discussions over the years and I have definite opinions.

It was my fortune to work with very competent obstetricians during my work in Labor and Delivery. They were willing to teach me what they knew and helped to make me a skilled practitioner. I relied on them for their expertise and they relied on me for mine. Of course many times our experience overlapped and that was expected and respected. I was not a physician and they were not nurses.

My early practice was mainly in New York City in the 70’s and La Maze was a popular childbirth preparation…it was even taught by Elizabeth Bing herself. She was the guru of “natural childbirth” in those days. Elizabeth was a physical therapist by practice and she was extremely enthusiastic about her practice and adamant that women should be able to be in control of their labor and delivery. I took classes with her become a La Maze instructor. There were no prerequisites to becoming an instructor except desire. What I noticed was most of the women in the class had delivered successfully with the La Maze method. It was a very skewed population who were learning to be instructors…these were women whose only experience with childbirth was their own. For me, this was not a good thing. Every childbirth that I have attended has been different and I have attended many. My feeling was that when I stopped seeing each birth as an individual unique event that was the time for me to retire from what I was doing.

At the time home births were somewhat popular in NYC but there was a birthing center available…”Maternity Center Association” where women could deliver in a more homey atmosphere. Maternity Center had a hospital connection and guidelines for the patients that delivered there. No high risk were accepted. I had no relationship with this birthing center and do not pretend to know any statistics of their outcomes.

Established The Childbearing Center, a project in New York City to demonstrate out-of-hospital, family-centered maternity care, which was approved by the New York State Department of Health and operated from September 1975 through June 1996.

Developed innovative classes to prepare children for the birth of a sibling.

Established the Commission for the Accreditation of Freestanding Birth Centers to ensure high standards of operation for out-of-hospital birth centers across the United States.

Results of the 84-site National Birth Center Study of outcomes of care in out-of-hospital birth centers were published in the New England Journal of Medicine, with funding secured by Maternity Center Association; the study concluded that care in birth centers was safe, satisfying, and cost effective.”

Childbirth remains a “natural” occurrence but when complications set in they can occur very rapidly. These complications can have disasterous results. I am only one practitioner and have seen a maternal death and other extremely serious complications for mother and baby. I can surely say without reservation if these particular patients were not in a hospital they would not have survived. They needed expert care, and immediate intervention not available in the home.

Nurses and physicians are educated and trained extensively. Their goal is a healthy outcome for mother and baby. We are not in opposition to each other we are each others colleagues. If home birth is to continue and be as safe as it can be there must continue to be extensive training for the nurse-midwives and there must be a collegial partnership with the medical community.

Any one who is considering a home birth should discuss their wishes with a Board Certified Obstetrician and weigh the pros and cons of carefully. This is a decision that could seriously impact you and your family for the rest of your life. Your obstetrician should not be considered your enemy he/she is your advocate…if you do not feel this way find one that is.