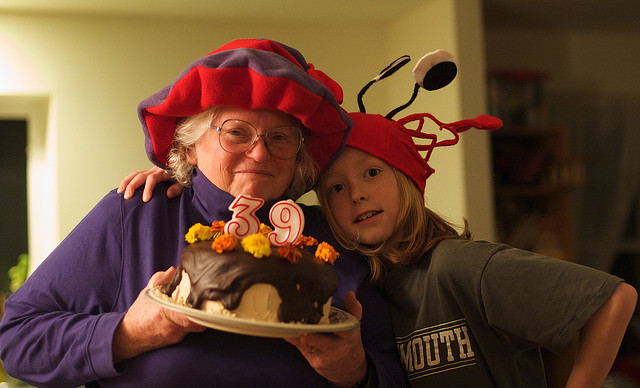 Lately, I have been thinking a lot about what it means to be a grandmother.  Several friends of mine including myself are now grandmothers. All of us agree, it has been an awesome experience, one that cannot be imagined until it actually happens.

Recently, I read somewhere, as a grandparent “You actually are in love with someone else’s child”… how well put. But if this is so…how do you explain what being a grandmother is all about?

In searching for an answer, I came across a website…Grandparents.com…where a few contributing writers really nail down some controversial grandparent feelings, which let’s face it, we all at times experience, whether we want to admit it or not.

My grandmother friends just happen to all be maternal grandmothers, which seems to create a special bond between them and their grandchildren. I can attest to this since I was raised in a three generation home. My maternal grandmother was, for the most part, my primary caretaker since my own mom was divorced. She worked outside the home, had two jobs in NYC, which kept her away from early morning until after 9 pm at night. As a child, my grandmother was the person who was always there for me and my mom was a phone call away at all times.  I did not know any different and thought that all grandmothers were as caring as mine.

When I first met my grandchild…I did fall in love. At the same time, memories of my own grandmother flooded my thoughts. I wanted to be a grandmother just like her…warm, caring and always there, when needed. Fortunately, for the most part, I have been able to be present in my granddaughter’s life on a regular basis since her birth. She has been a joy beyond all expectations.

I have to say, my friends express feelings very much similar to mine. In particular, one close friend, who has been taking care of her grandchildren regularly since their births has loved every tiring moment of the time she has devoted to them. Both of us look at our grandparent experience as a gift, admitting to having more patience as grandmothers than we did as moms. As moms to two girls a piece, we find ourselves among the sometimes “coveted” group of maternal grandmothers.

As maternal grandmothers, we enjoy a bond with our granddaughters much like the bonds that we have with our own daughters.

I, myself, remember my grandmother saying “a daughter is a daughter for life…a son is a son ’til he takes a wife”.  When it comes to being a paternal grandmother I am lacking in experience since I have no sons. For this, I have to rely on what moms of sons tell me.

At times, I can imagine grandchild/grandparent relationships can be lopsided for many reasons…multiple sets of grandparents can complicate situations, distance, and marital relationships all factor into the grandparent/grandchild picture.

In reading some grandmother blog posts, I found a few in particular to share…see what you think. In some cases, the comments that were generated imply some sensitive nerves were touched by these articles.

In general, I have learned, life is about balance and when the balance is off for any reason…it takes time to equate itself.

Grandparents are part of the family dynamic but they are no longer in charge. For many this secondary in command position takes some getting used to. It can be quite an adjustment, not necessarily on their terms or their schedule depending upon many mitigating circumstances

Many feelings and emotions are involved in family life, which make generational relationships tricky. Hopefully, due to some prevailing wisdom of age, grandparents are more equipped to gracefully accept their rightful positions in the family constellation which is in my opinion, supportive, emotional and yes, sometimes financial, providing unconditional love and attention to their grandchildren. 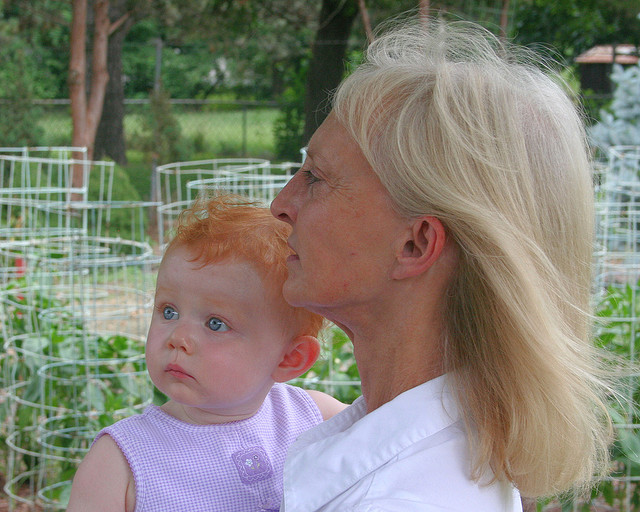 Eight years ago, when Ryan Adair Anderson, the cross-eyed little scrap of a thing, arrived on the planet to make me a grandmother, I was struck by how little the word “grandma” fit me. My hair was not gray. I held an iPod, not a lace hankie in my hand. I was a baby boomer. We had made middle age hip and would do the same with grandparenting.I was, in short, Grandmother 2.0.The experts agreed with me. Mattie Dychtwald of Age Wave and author of Cycles, How We Will Live, Work, and Buy said, “We’re the generation that’s going to transform the image of grandparenting.”

So much effort to go to, I think, when the mother of the mother is the real grandmother. I read that the mother of a daughter who then gives birth to a girl is the closest kind of grandmother there is. This is so obviously true that I am amazed some days to remember that the girls have only some of my genes. Ryan, certainly, is a little replica of me, right down to the crossed eyes, straight brown hair — and tendency to interrupt people. And Maggie clearly got her left-handedness from me. I don’t see the other grandparents in them at all. Also, both Trevor and Morgan, although they are now separated, live closer to me than they do to the other grandparents.

via How I Learned To Stop Worrying and Love the Other Grandmother – Grandparents.com.

There is a mysterious transmission of accumulated wisdom and babycare know-how that seems to pass along bloodlines from maternal grandmothers to their adult daughters. No doubt this is biology at work, and paternal grandmothers are simply not part of that intimate loop. Still, I successfully raised a child myself and so when my daughter-in-law turns primarily to her mother for advice, I’m caught off guard. Feeling like a third wheel on a hot date is not something I anticipated.

One thought on “Grandmothers…”Discuss Amongst Yourselves”.”