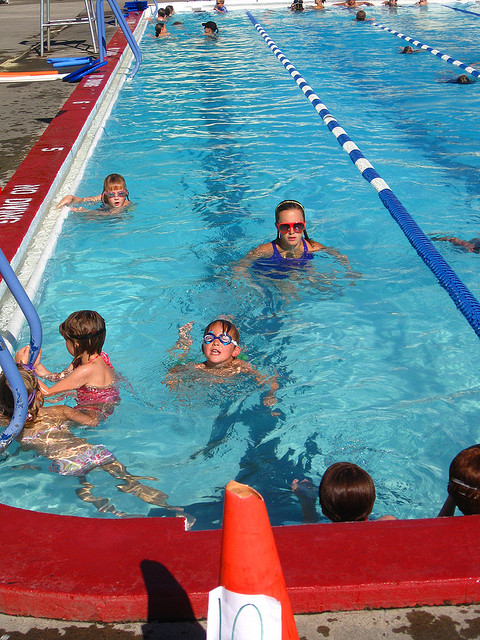 Swim Safety is so important at all times but especially in the summer months.

Drowning is the second most common cause of death from injuries among kids under the age of 14. Drowning can happen so fast — sometimes in less than 2 minutes after a persons head goes under the water. That leaves very little time for someone to help.

My children were taught to swim to the side of the pool and tread water when they were barely walking because we lived in Florida at the time and pools were all around us.

Of course “waterproofing” a child is no guarantee that he or she will not get into trouble around a pool…and here is a true story.

One evening while living in South Florida, one of our friends came home from work to greet his family.  His five year old son, nonchalantly  said,

“Hi Daddy, Jimmy is at the bottom of the pool”…

Our friend went into panic mode…ran to their screened in pool area, dove into the water to bring his limp 3-year-old son to the surface and immediately give him CPR.

Fortunately, it was just in time…and his son responded to his resuscitation efforts. Luckily, dad was a physician and knew how to respond…but at that moment he was a panicked father too.

Not all stories of accidental drowning end with a successful resuscitation. Timing is everything. 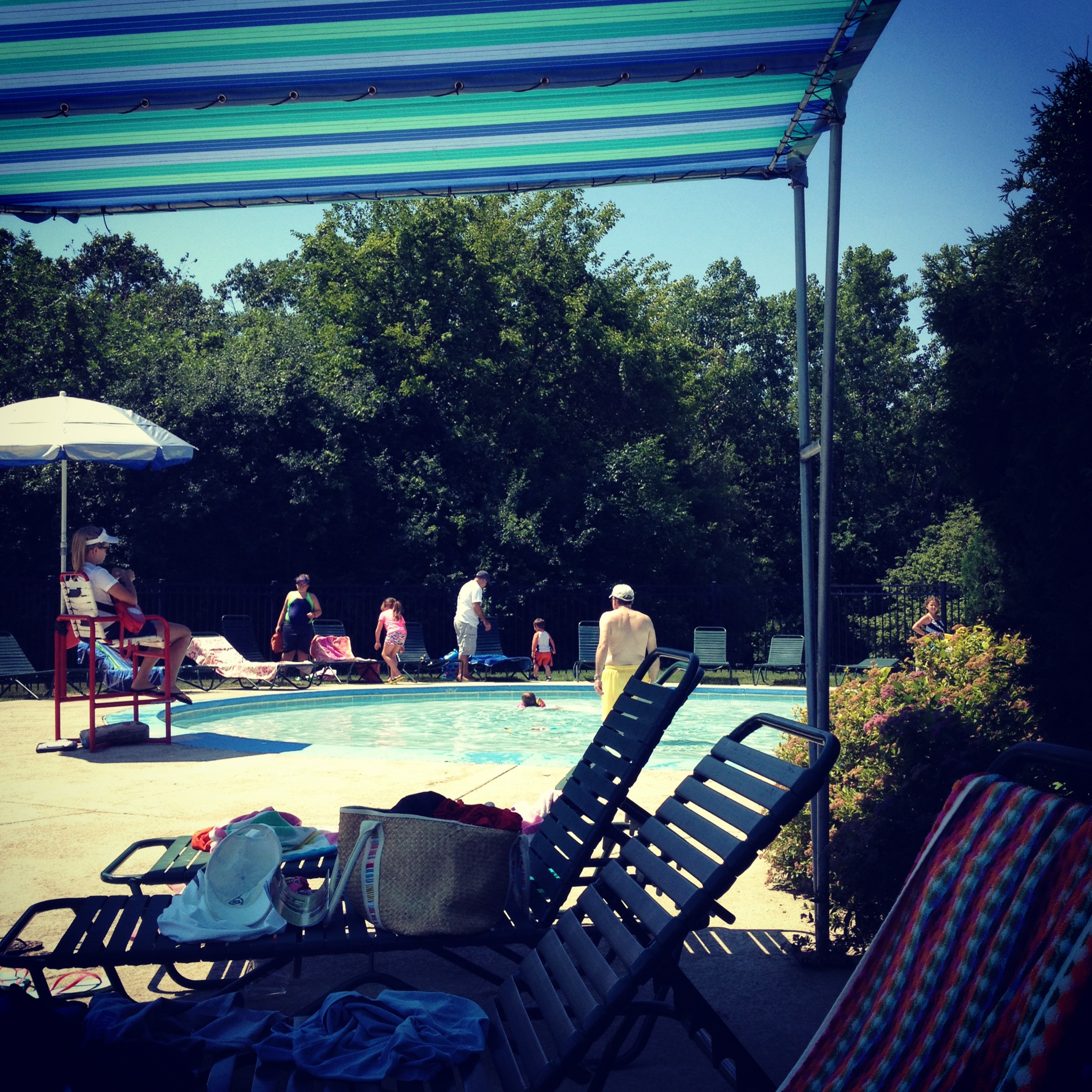 Yesterday was a day spent at the village pool with friends and very young grandchildren..3 girls all under 5 years old. It was exhausting but so much fun.

We were fortunately able to spend time on both Saturday and Sunday watching our granddaughter get back into the “swim” of things.

At 3 1/2 years old, she is totally comfortable in the baby pool…playing with water toys and of course having squirt  and splash contests with us and who ever else will join in the fun.

However, the “big” pool is a challenge which requires some serious trust that we will not let go of her even with the promise that her “water wings” will keep her afloat….unlike last year there was no screaming and clinging to us for protection …there was just understanding that we would not let go of her until she was ready.

Surprisingly, it did not take long for her to want to be on her own…of course…with us nearby.

I am always amazed at growth and development even after so many years of working with children…they are so predictable and yet so unpredictable all at the same time. I love it.

Strides were definitely made in the swimming effort this weekend…”staying afloat” in a pool full of mostly strangers definitely takes on many meanings.

Have a happy Monday… 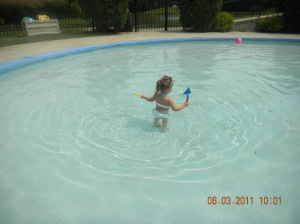 Is it safe for children to swim right after eating?

Here is what “Baby Center” says:

No. This one’s an old and familiar rule, but there’s very little truth behind it.

There’s no question that water is a huge hazard for kids, with drowning  the second leading cause of accidental death among children ages 1 to 14. But these drownings simply have no connection with eating beforehand.

After eating, the body does direct blood to the stomach to help with digestion, so it’s conceivable – though unlikely – that swimming with a full stomach will lead to stomach cramps. Contrary to popular belief, a stomach cramp may be painful but it doesn’t make people sink and drown.

The American Red Cross says there’s no specific amount of time your child needs to wait before heading for the water after eating, but the organization does suggest waiting until he’s comfortable before engaging in any strenuous activity. If he’s sluggish or tired after chowing down, let him rest first. And, of course, children should be supervised whenever they’re in or around water.

Even though there’s no basis for the idea that swimming on a full stomach makes people sink like the proverbial stone, the myth is extraordinarily persistent. In BabyCenter’s 2009 Summer Survey, when we queried more than 1,300 moms about it, 58 percent said they think it’s unsafe to let children swim right after eating.

That said, here are five possible reasons not to allow kids to swim right after eating, suggested by BabyCenter parents:

1. The more likely danger of letting your young child swim right after eating is that he might throw up in the pool! Many parents – and pool lifeguards – tell us that this happens often enough, and when it does, the pool has to be closed and cleaned.

2. “It’s not safe to swim for half an hour after eating because Mom needs a break from watching the kids so closely. For at least three generations, my family has used it as an excuse to get away from the water for a bit, or so say my mom and her mom.” – SassySaru

3. “I have always told my kids they can’t go swimming after lunch in summer as it is the best way of getting the kids out of the sun at midday, thus protecting their skin from sunburn!” – Anonymous

4. “I normally let my little one swim right before her meal. Makes her hungrier and helps me feed her better. It’s a win-win for me.” – kanchan

5. “I’ve always felt sick to my stomach if I try to go back in the water right after eating. Really, if I do any major exercise after a full meal, I feel sick. I think the stomach isn’t getting the blood supply it wants to efficiently promote digestion, and you feel sick. That’s my story and I’m sticking to it with my kids.” – megs

via Is it true that it’s not safe for children to swim right after eating? | BabyCenter.